Are you still struggling to find diverse candidates? Here’s why… 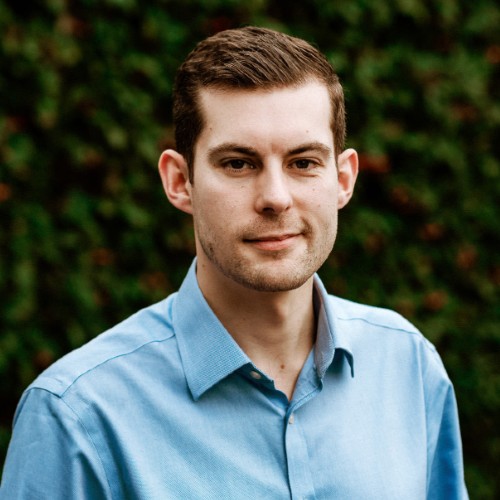 Quick Summary All too often, companies are trying to increase diversity by hiring 'similar but different'. We look at how this is damaging diversity and what business leaders should be doing to fix it.

Picture the scene. An executive search firm is taking a brief on a position at a Fortune 100 with the CHRO and the hiring executive.

After a detailed briefing session, discussing technical and behavioural competency requirements, including a need for candidates to have graduated from an Ivy League or similar top-ranking school and hold an MBA, the CHRO adds “oh, and diversity is really important for us here, so we’d like a diverse shortlist.”

“Great, what does diversity mean to you?” asks the search consultant.

“Well, we’re keen to make sure our shortlists include female, black, Asian and minority ethnic candidates as much as possible.”

Unfortunately, this is often where the diversity discussion ends, and the majority of the time will result in a shortlist with a lack of diversity and the CHRO and hiring executive left scratching their heads as to why they can’t meet their diversity goals.

Race and ethnicity are significant elements at play in diversity and understandably are the main elements we focus on. However, would a Black, Asian or other minority ethnic candidate who graduated from an Ivy League or similar top-ranking school, with an almost identical education and career as the rest of your existing team, truly bring diversity?

What our imaginary (yet unfortunately typical) briefing should have included is a detailed conversation about what diversity truly means in this context from the start of the meeting, including a challenge to the key requirements that would enable a genuinely diverse shortlist.

Even with all the focus around diversity, including gender, race, ethnicity and neurodiversity, far too often diversity falls short. Far too often, companies are applying a diversity lens to an inherently anti-diverse list of requirements.

Candidate A started education late, having paid for their own education from savings and attended a middle-ranking university. They overcame career barriers by moving company a few times to advance their career. They eventually worked their way up into a corporate role in a Fortune 500.

Candidate B achieved a scholarship into a top-ranking university and started their career, completing an MBA after a few years as part of their company’s high-potential program. They have worked for two large Fortune 100s in their career, based in the USA and have risen through the ranks.

Regardless of gender or race, if your leadership team consists of individuals with a profile like Candidate B, then Candidate A could be the most diverse hire you can make. In many ways, companies with a bias towards the profile of Candidate B are setting up a leadership team that are used to opportunities coming easily to them because of their background. Can leadership groups afford to miss out on the skills that the Candidate A’s of the world have developed through having to hone their influencing skills, building resilience and grit to get where they are today?

So why do so many companies keep looking for Candidate B who is Black, female, neurodiverse, LGBT+ or from some other underrepresented group?

To get diversity right in a way that meaningfully provides businesses with genuinely diverse teams, companies need to open their hiring criteria to other universities and look at other career trajectories. Diversity should never be ‘similar but different’ but all too often it still is.

While these establishments have made great strides in recent years which will undoubtedly broaden the talent pool over the next few decades, this doesn’t impact leadership hiring today. For this, we must look at statistics from graduates who have gained sufficient work experience to be candidates for leadership roles today and in the next few years. An analysis of the data of graduates of 2005 from Harvard, Princeton and Yale as examples shows how slim the talent pool is for current leaders and future executives graduating from the Ivy League from underrepresented groups. These individuals, 15 years into their career, will be likely candidates to be progressing into leadership positions today and in the next few years.

This example might seem a simplification, but when applied to other hiring criteria, can quickly turn the conversation from “how can we find more diverse candidates that meet our usual criteria” to “which of our criteria is prohibiting diversity?”

Armstrong Craven’s approach to leadership hiring and succession planning is grounded in research. Many companies are starting to talk about Talent Intelligence, which is what many executive search firms and other talent acquisition service providers lack. We’ve been focused on understanding talent demographics including diversity for 30 years. The Armstrong Craven approach to diversity planning enables us to highlight and challenge any restrictions hiring criteria might place on increasing diversity from the start of the process but just as importantly, offers viable solutions from the outset.

As an example of this in practice, Armstrong Craven recently completed a multi-industry global talent mapping project to identify female technology leaders on behalf of a multinational technology company. The business was struggling to meet diversity goals and had realised that continuing to target the same profiles in the same competitor companies (where a very low percentage of potential candidates were female) was unsustainable. This project not only informed them about future candidates for leadership roles but more importantly, it identified career paths for women in technology from different sectors to make sure they could attract and retain these individuals and avoid restricting their future talent pipeline with diversity-limiting criteria.

Too many companies still think of diversity as the search for a candidate who apart from gender or ethnicity, otherwise fits the mould of how they have hired previously. Instead, companies should focus on understanding the overall talent landscape for diversity, and focus on how they can become an employer of choice, challenge their own requirements for specific roles, and break down the barriers for individuals to join and progress in their business.

please contact us today or you can reach out to Sam directly by emailing sam.fletcher@armstrongcraven.com

The 2020 Summer edition of the Armstrong Craven Review is now available. In this edition, our experts have been taking an in-depth look into psychometric testing, building resilient teams and the rise of female CTOs.

Speak to an expert