How HR leaders should be addressing leadership risk 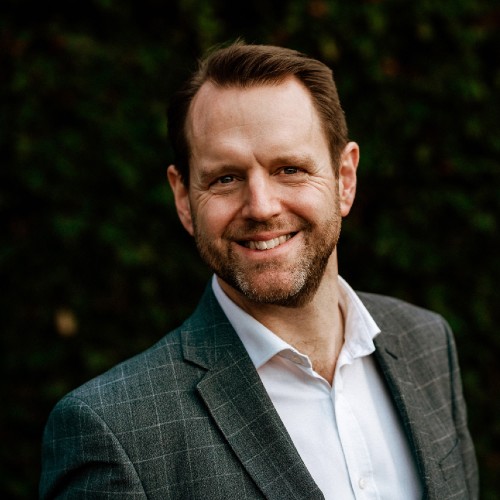 Leadership risk has always been a huge topic for organisations that are thinking about succession and what the next generation of talent looks like at their business - Where is this talent coming from? What societal or generational shifts have happened?

During the pandemic, that conversation has accelerated hugely. Several organisations have concluded that they no longer need the executives that they thought they did. Moreover, a number of organisations have even found that actually, the management styles of some of their leaders aren't reflecting the working conditions and patterns that the future is likely to bring.

As a result of hybrid working, some businesses are simply finding that actually, they need new positions added to the board. Of course, there has always been a focus on leadership succession, but now it seems more acute and much higher on the agenda than it probably has been for many years.

I think organisations have traditionally completed internal succession well. Certainly, you can find an awful lot of very good, compelling, strong leadership development and succession planning material. Almost all of it is focused on the internal cohort of talent. One of the most frightening things I saw was an emergency succession plan. For me, that's not a succession plan. That's a problem that you're trying to solve. That's not succession at all.

That being said, some organisations haven’t always embraced internal talent. For many organisations, succession is managed as required and completed on a very reactive basis.

Even when an organisation embraces internal succession planning and does it well, almost every single strategy omits external talent. In a lot of ways, it's to be commended. The organisations are thinking really hard about how they can develop their own internal talent. However, from an organisational standpoint, that’s a problem. Why? You run the risk of missing out on some of the best talent and therefore, you run the risk of not making your business grow as well as it could.

The example that I use is if you think about professional football. If you go back 20 years, the Netherlands was lauded as being one of the best football teams, if not the best team in Europe. They had a fabulous academy programme, a whole conveyor belt of talent coming through. It was all Home-Grown talent, and that was why it was such a great team. In contrast to today, if you look at Manchester City, they have almost no Home-Grown players in that first team, bar one or two, a handful. What's changed is that in football, people have gone from growing their own and developing their own to actually looking at what is the best talent that is available globally for my team.

To conclude, football has progressed in a way that business hasn't. Indeed, those businesses who are starting to think about where the best global talent for their team is, are the ones that are winning.

Notably, there is still a lack of representation. Again, some organisations do a very good job of targeting their boards to be more representative. For many, diversity can often sit in certain disciplines, HR and legal particularly. It is my belief that improving representation on the board is the first priority. And it's tough. But people are certainly trying to address that issue.

Secondly, an awful lot of leadership hiring is still reactive. That point of need seems to only come as a result of resignation, so high pressure can mean DE&I takes a back seat. Leading to thirdly, most organisations are still not taking an adequately broad view of leadership talent before they're appointed.

HR Leaders can and need to improve leadership succession by considering the broader talent pool that they are wishing to engage. Personally, I think that they should be bold in their approach because if a lot of organisations aren't doing it well, the ones that are doing it well stand out - regardless of whether they're a funky tech Start-Up or not.

Be bold. Absolutely, organisations must have a plan in place. There are a variety of simple diagnostic tools available, at Armstrong Craven, we have a tool that allows you to list and point out leadership and your potential successors. Our tool helps you quickly identify where your flight risks are, where your succession risks are, helping you form actionable insights.

Indeed, there are plenty of ways to go about identifying potential successors ahead of need. And again, that's really still quite rarely done.

If you require further information regarding succession planning, talent pools or talent mapping, speak to a member of our expert team today.