Leading through crisis: A Conversation with Zachary Simon 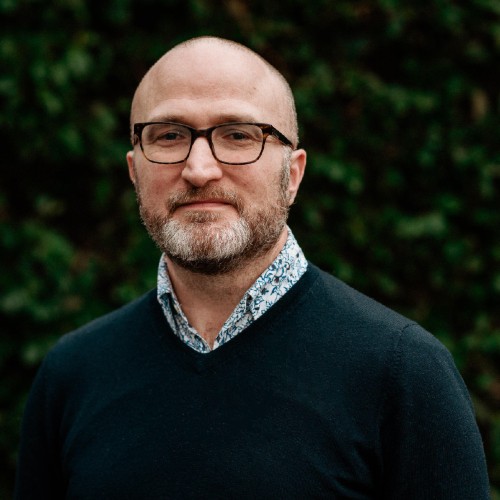 Zachary Simon is the Global Head of Executive Search at Ahold Delhaize, a major food retail company worth $66bn. Boasting 25 years of recruitment experience, Zachary has worked as a global executive of talent acquisition for organisations such as Phillips and Eaton Corp, the latter of which he successfully led his team through the 2008 financial crisis.

In a recent webinar, Zachary spoke to Jon Salmon, Armstrong Craven’s Global client partner, and gave his insight on the Talent Storm, comparing it to the financial crisis of 2008.

Q: How did you achieve and successfully lead your team through the financial crisis of 2008?

ZS: At that time, I worked for a company called Eaton Corporation; it was a $22 billion industrial manufacturing company. And this is completely unprecedented to what we are experiencing. Still, there were similarities especially from a talent perspective, whereas a company I remember we had downsized I think 10 to 15% of the population and that was for a company of over 100,000 employees.

Employees that were remaining had one month off unpaid vacation, to help from a payroll standpoint, no bonuses etc. By all means, I was quite concerned, I was leading executive recruiting on a global scale and felt that our CHRO and CEO were going to disband the executive recruiting team. And for obvious reasons we weren’t hiring executives, if anything we were downsizing, but yet I looked at it as an opportunity.

Fortunately, the CHRO and the CEO at the time, Sandy Cutler, asked ‘what can we do? What kind of ways can we look at talent?’ And they were visionary in the sense of realising this is a great time to have conversations with executives.

It was the precursor to a term that we know of talent pipelining, where we were calling candidates and executives and having conversations getting to know them, letting them get to know Eden as a corporation.

Individuals were listening more, it wasn’t that they were necessarily looking, and I agree with Elizabeth (Birrell) on the whole dynamics of active versus passive candidates, but what it was doing was so many different things.

We were building relationships, in some cases with executives we may not have had had an opportunity to talk to before. We were going after the big fish. We were talking to people at General Electric, UTC, Honeywell, companies that were much bigger than ours, individuals who had stellar careers.

It was probably about 12 solid months, and then I think in 2009 things started loosening up a bit. I don’t want to give the impression our time-to-fill went from 120 days to 30 days or anything like that. However, we came out smarter about the companies, our competition, the culture, and we had a much bigger database of talent.

We had stronger relationships with candidates who at a certain point, were then willing to listen and consider other opportunities. From an EVP standpoint, it also allowed us as a brand, as a company, that a lot of companies can talk about talent and how committed they are, but we all agree actions always speak louder than words.

The other thing is, we also took during this time, it wasn’t just myself and my team having these conversations, we were conducting several exploratory interviews for the other executives in the organisation, so that way they were able to see the benefit.

So, it wasn’t just getting resumes and building a database, but they were having conversations, they were getting to meet other executives and understand some of the things they were going through. When we came out of it, we were very well positioned internally but externally as well.

Q: Given the heightened sense of insecurity in the current environment, what’s your feedback on the current candidate mindset?

Myself and my team have had to focus on two things; one, really consulting with our hiring managers and, to be honest, I think a lot of us are probably hearing this or feeling it, hiring managers think this is the easiest time to be in recruiting.

A term I think we use in the US, it’s shooting fish out of a barrel, because who’s not going to take your phone call, and yes there’s going to be this surplus of individuals that are looking for jobs that are listening.

I’ve always felt great opportunities find great candidates. Even those who are unemployed are going to need to get a job to get paid. I understand how to respect that, but as we’re looking, especially in the executive level side, we always want to find the right individual who’s going to be accomplished and also a cultural fit.

Even more so, candidates today I think are doing an incredible amount of what I call mutual due diligence. As we’re assessing candidates, they are assessing us, companies even more so.

It becomes even more imperative I think, the great recruiters who can properly assess talent whether they’re active or passive, but also the ones who can build authentic relationships with candidates and guide them through this process.

I think clients or candidates have the perception that my loyalty is to the company because that’s who employs me. But, I think they understand very quickly whether it’s myself or someone on my team that we want this to be a win-win situation.

So, we’re very thoughtful about where the candidates are coming from, the dynamics they’re experiencing professionally as well as personally - working from home etc. But I think as we have those conversations, candidates appreciate we want their best interest in mind, and then we want to make sure it’s the right landing spot. I think there’s more handholding now than ever before, but it’s completely understandable.

Q: To what extent does this opportunity to embed the talent pipelining practices tie into the increasing need for businesses to manage that leadership risk in a pandemic.

ZS: One thing that we’ve been doing at Ahold Delhaize, and we did this at Phillips as well even in the normal economy, was looking at succession planning. Especially at our Exco and next level down, being able to identify individuals that we would want to start having conversations with.

The dynamic you have today of course in recruiting in general, you have the immediate vacancy and something you need to fill immediately. And sometimes candidates don’t want to be in that position to make a decision immediately. They want to understand the company.

Again, from succession planning, we have a very strong Exco in place today, but we want to make sure that we’re looking both internally, which we’re doing quite a bit, as well as externally. That we can compare and contrast and start having conversations with individuals.

So again, even from a leadership standpoint, this is a great time to have those conversations. Still, I think it’s also imperative to make sure that you’re not doing it in a bubble, you’re communicating out to the CHRO and the Expos because I think as we all know the short term return on investment is not going to be there.

Q: How have you gone about prioritising leadership roles that can now be fully remote? Is this now candidate interest and availability or is it from a business need?

ZS: One of the things that we focus on at Ahold Delhaize is emotional intelligence and executives who can deal with adversity and can be flexible and adaptable. If they don’t have that built into their DNA or their career, now’s not the time to figure it out.

I think we’ve looked for executives in the past who can adjust and are going to be comfortable and understanding of how their teams are operating pre-pandemic and post-pandemic.

If you have those skill sets, if you’re looking for that kind of leadership, and I think we have a lot of that, it’s made it quite seamless for us to be able to make this shift.

I loved being in the office, I was in the office every day and enjoyed it, and it’s been four months now and including my team, but we’ve figured it out, and I think we’ve been flexible. We’ve listened, so all those skills that we had pre-pandemic have really been accelerated, and I think as long as we keep focussing on that kind of talent, we will show great flexibility and great results.

Q: How do we find the balance between understanding managers who do not wish to manage remotely and those employees within their team who are likely to be disgruntled if they cannot stay remote?

ZS: I think as you interview candidates, it’s understanding leaders and even managing managers is how we all deal with diversity. In many cases, I think working from home, many people, including myself, have found benefits to it.

I had a 45-minute commute which was fine for me, and that’s gone. I’ve been able to make that time more productive personally as well professionally, but again I think it’s looking at how executives deal with adversity, how they deal with flexible situations and I believe it is important for managers and leaders.

I’ll be honest Exco has done an exceptional job of making sure that their leaders felt enough flexibility and allowing them enough creativity to get the work done in a very different venue than we’ve ever experienced before.

This interview was just one part of our wider Talent Storm webinar, which included insightful conversations with experts across a variety of industries. To find out more about talent storm and why you should be preparing for it, take a look at the rest of our content. If you are looking for cost-effective in-depth talent intelligence services, then get in touch with our team today.