The changing dynamics of US R&D lifesciences talent 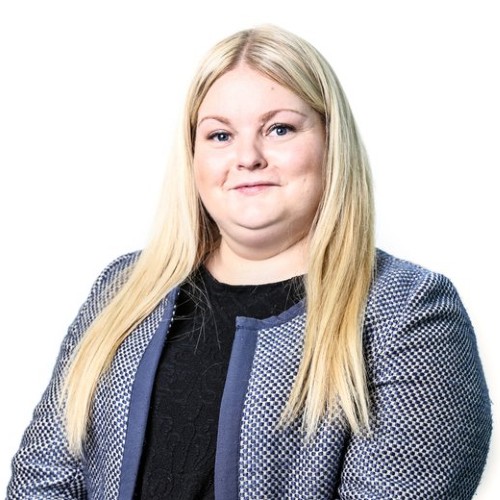 Knowing where to find healthcare and lifesciences talent in the United States used to be relatively straightforward.

Almost all of the talent would be located on the East Coast with New Jersey the principal destination with 14 of the world’s 20 largest pharmaceutical companies being headquartered there.

The state’s universities were a production line of talent with over 20,000 students graduating each year with degrees in the lifesciences. Not surprisingly, the vast majority found their way into jobs with the likes of Novartis, Johnson & Johnson, Bristol-Myers Squibb, Merck & Co and Bayer Healthcare.

While New Jersey continues to be one of the predominant centres of employment for medical scientists, the United States landscape has become – and continues to become – more complex.

The shifting talent dynamics explain why Armstrong Craven’s talent insight, mapping and pipelining services are in such high demand from both traditional and newer entrants in the lifesciences industry.

New Jersey’s East Coast cousin, Massachusetts, has gone from strength to strength in recent years. Today, it is home to more than 85,000 lifesciences employees, many of whom have graduated from prestigious research centres at universities including Harvard and MIT.

Boston and Cambridge have unquestionably become pivotal centres for biotech and pharma companies in the US with industry heavyweights such as GlaxoSmithKline (GSK) and Pfizer research centres sitting alongside smaller biotech companies tapping into impressive academic talent looking for a different career path to that offered by the larger corporates.

The landscape starts to get even more interesting when you move beyond the East Coast.

Many of the more exciting developments are occurring in the San Francisco Bay Area (referred to by locals simply as the Bay Area).

According to the US Bureau of Labor Statistics, 4.38 out of every 1,000 jobs is a role for a medical scientist. Salaries are good too with an annual mean wage of $125,170, although this has to be balanced against the higher cost of living in the Bay Area compared with other parts of California.

The Bay Area is the location for larger biotech firms such as Genentech and Gilead. AstraZeneca, together with its global biologics research and development arm Medimmune, announced at the end of September plans to bring five of its Bay Area sites into one location in South San Francisco. More than 350 employees will move to their new location in the Cove at Oyster Point towards the end of 2017.

Sean Bohen, Executive Vice President, Global Medicines Development and Chief Medical Officer at AZ, commented: “Our new San Francisco location – where biotech and Silicon Valley intersect – brings all of our Californian employees to one site and provides opportunities to access exciting science both inside and outside our walls.”

A further demonstration of this bridge between traditional pharma on the East Coast and biotech on the West Coast can be seen in Merck’s decision to set up an R&D facility in the Bay Area. Billed as a “nine-storey, multi-disciplinary discovery research facility”, it will house 300 scientists and support research spanning exploratory biology through to early clinical development. Construction begins next year and the site will be fully operational in 2019.

Gilead has also been busy building its profile in San Francisco with its plans to transform the 72 acre Foster City Campus. The plans will see 12 existing buildings demolished and replaced with 17 new ones. Gilead’s plans come on the back of a string of acquisitions and an ever diversifying portfolio of experimental and approved drugs.

While the Bay Area is rightly attracting a lot of the headlines, other locations are also gaining increasing visibility including Los Angeles and San Diego, both of which are home to many exceptional medical scientists, and Seattle, a standout area for both biotech and pharma. Companies including Adaptive Biotech and Seattle Genetics are among a number located in the city which have been on hiring sprees during the last couple of years.

It is clear that the West Coast of the US has secured a reputation as an emerging hotbed of talent. Companies traditionally based on the East Coast increasingly recognise the benefits of expanding their US footprint, driven by acquisition, a desire to reach talent that is settled on the West Coast or to take advantage of venture capital and other funding opportunities.

Perhaps the biggest winner in these changing dynamics is the talent. For candidates, the opportunities are almost limitless. The challenge for talent acquisition teams is to ensure that they have the most innovative and future-proofed strategies in place to understand, attract and, crucially, retain the best of this talent.

The Review is read by over 10,000 HR and Talent Acquisition leaders globally and highlights key trends in HR and Talent Acquisition. In Volume 8, we examine the impact of Artificial Intelligence on DE&I in Recruitment, ESG & the Role of Shadow Boards and the Evolution of Hybrid Working. The review also contains a bonus article on the Succession Planning - Calculated Risk, as published in theHRDirector. To receive your copy, complete the form below.